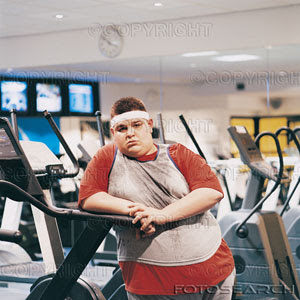 This year marked the introduction of "Why Did I Eat This?" on Fidel Gastro, a low-brow culinary oddyssey of bridging the gap between the food you see in the commercial and what it really looks like when the wrapper comes off, or sometimes just letting hunger get the best of me with no marketing involved.  Behold, another not-very-well-thought-out list of the terrible excuses for food in 2009.

10. Taco Bell's Blackjack Taco: As the unofficial spokesfood for the Phillies' 2nd World Series bid, the photoshopped images were pure comedy, but the actual taste of this thing was more miserable than the entire white sneakered population of gents mourning a loss to goddamned Yankees.
9. Big Ben Burger at Union Jack's: Amazing wings, terrible burger.  I guess you can't be good at everything (Michael Phelps is a great swimmer, but he sucks at not getting busted for smoking pot).
8. Flavia Coffee from my office pantry: Is it that difficult to make single serving coffee not taste like burnt water?  And is a carton of half-and-half really that much more than a squirt bottle of non-dairy creamer?
7. Wawa cheesesteak: Duh.
6. Baja Fresh burritos: We really tried to like these.  Even if you give them odds against the likes of Chipotle and Qdoba, they still can't get past "sucks only a little" status, which makes them a waste of money.
5. Dunkin' Donuts Waffle Breakfast Sandwich: A poor excuse for a McGriddle with waffle marks.
4. Pizza Hut Tuscani Pasta: You're better off making a box of Kraft macaroni & cheese.  Hell, you're better off just opening the packet of cheese powder and dumping it into a glass of water.
3. Herr's Kansas City Prime Steak Flavor Potato Chips: I will forever feel stupid for falling victim to these.
2. Buffalo chicken cheesesteak from Cosimo's Pizza: Last time I checked, hot sauce wasn't supposed to taste sweet.
1. Wendy's Asian Chicken Bites: A high fructose corn syrup-based sauce sloppily glopped over boneless breaded chicken that was obviously fried in grease weeks overdue for a change almost ruined fried chicken for me.

There were two things I couldn't manage to get to that would both be shoo-ins for this list, but you'll just have to wait and see what 2010 brings (aside from another 15-20 lbs on my frame).  Here's to another great year of regrettable eating.  Buen provecho.
Posted by Fidel Gastro at 1:50 PM

Email ThisBlogThis!Share to TwitterShare to FacebookShare to Pinterest
Labels: artery tartar, burritos, cheap eats, Why Did I Eat This, writer's block