Why Did I Eat This? A Cronut for the Rest of Us 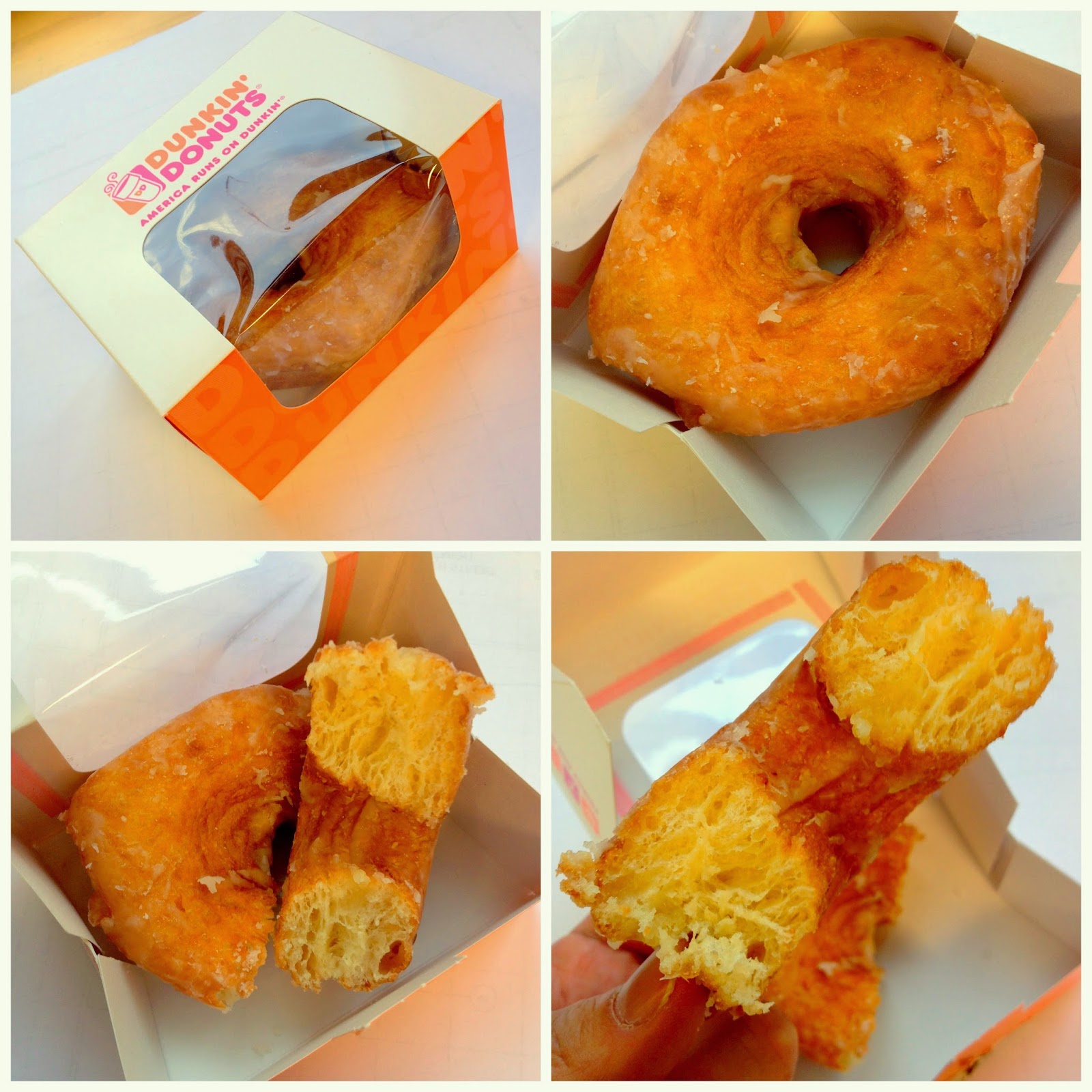 Back in May of 2013, the world lost its shit over the Cronut, a pastry likened to a croissant-donut hybrid created by Dominique Ansel in New York City. Lacking both the time and the patience, I didn't bother to go out of my way to see whether or not it was worth waiting in a line of Shake Shack proportions. Hell, I didn't even try any of the clones that popped up locally. To be honest, I just wasn't that interested, and I prefer to keep my donuts and croissants separate, much like my quesadillas and burritos.

Fast forward to now. Ansel has released a cookbook so we can all fuck up his recipes at home, and Dunkin' Donuts has finally reverse engineered a way to bring shelf-stable Cronuts to the masses. Since the word "cronut" is trademarked (shoulda, coulda, woulda, "Flaming Moe"), Dunkin' is simply calling them "Croissant Donuts," and retailing them for $2.49. They come in their own nifty little box instead of being haphazardly thrown into a brown paper bag (cute touch), and while they resemble the iconic pastry, they aren't that different than Dunkin's regular glazed donut. The butter flavor tastes artificial, the layers of pastry dough aren't flaky, and the shellac of milk and confectioners' sugar slurry weighs the whole thing down. Simply put, it tastes like diabetes with a heart disease filling.

At some point in the future (provided we're not all dead because the world is horrible and full of horrible people), I hope to try the original. For all of you out there, I'd recommend doing the same and skipping this clone in favor of a few extra years on your life. Buen provecho.
Posted by Fidel Gastro at 8:40 AM 2 comments: