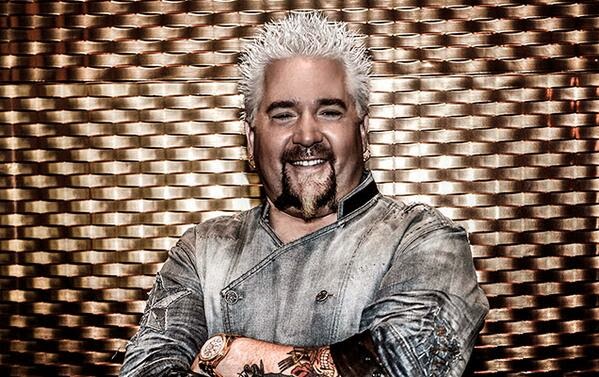 In light of the recent news that culinary bad boy Guy Fieri is wasting someone else's money on a steakhouse that will probably fail within two months of opening, I started thinking about an alternate universe where Philly chefs donned the denim chef coat and bleached spikes and kame up with some kewl koncepts. Then I tweeted a bunch of terrible photoshops called "Philly Chefs in a Denim Chef's Coat with Guy Fieri Hair." Now I'm taking it a step further and presenting some highlights in the series with each chef's money menu item since it's Friday and you need a distraction from your soul-crushing job. Buen Provecho. 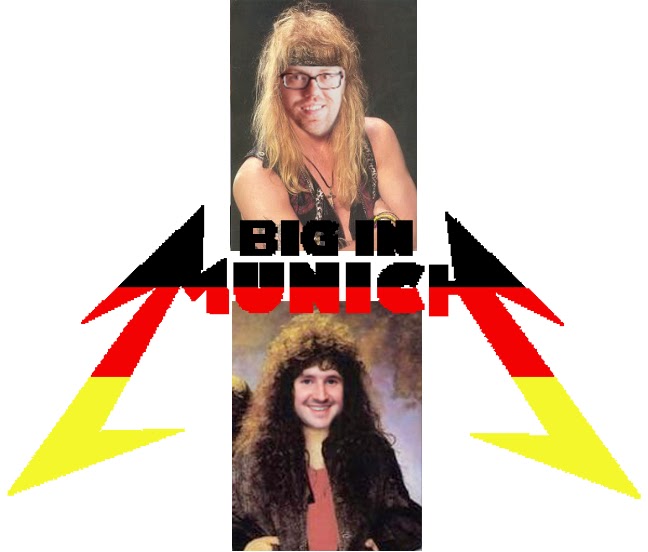 Channeling Miley Cyrus, part-time rockstars and full-time chefs Jeremy Nolen and Ben Puchowitz have canceled next Tuesday's Philly Beer Week show. Their Facebook page cites unfortunate circumstances, so we're all hopeful that the Summer hiatus isn't anything too serious, but this is some shit news for sure, and definitely more disappointing than the time I went to the Fat Ham for lunch and it was closed. At least there's a bajillion PBW events where we can drown our sorrows. Buen provecho.
Posted by Fidel Gastro at 9:38 AM No comments: 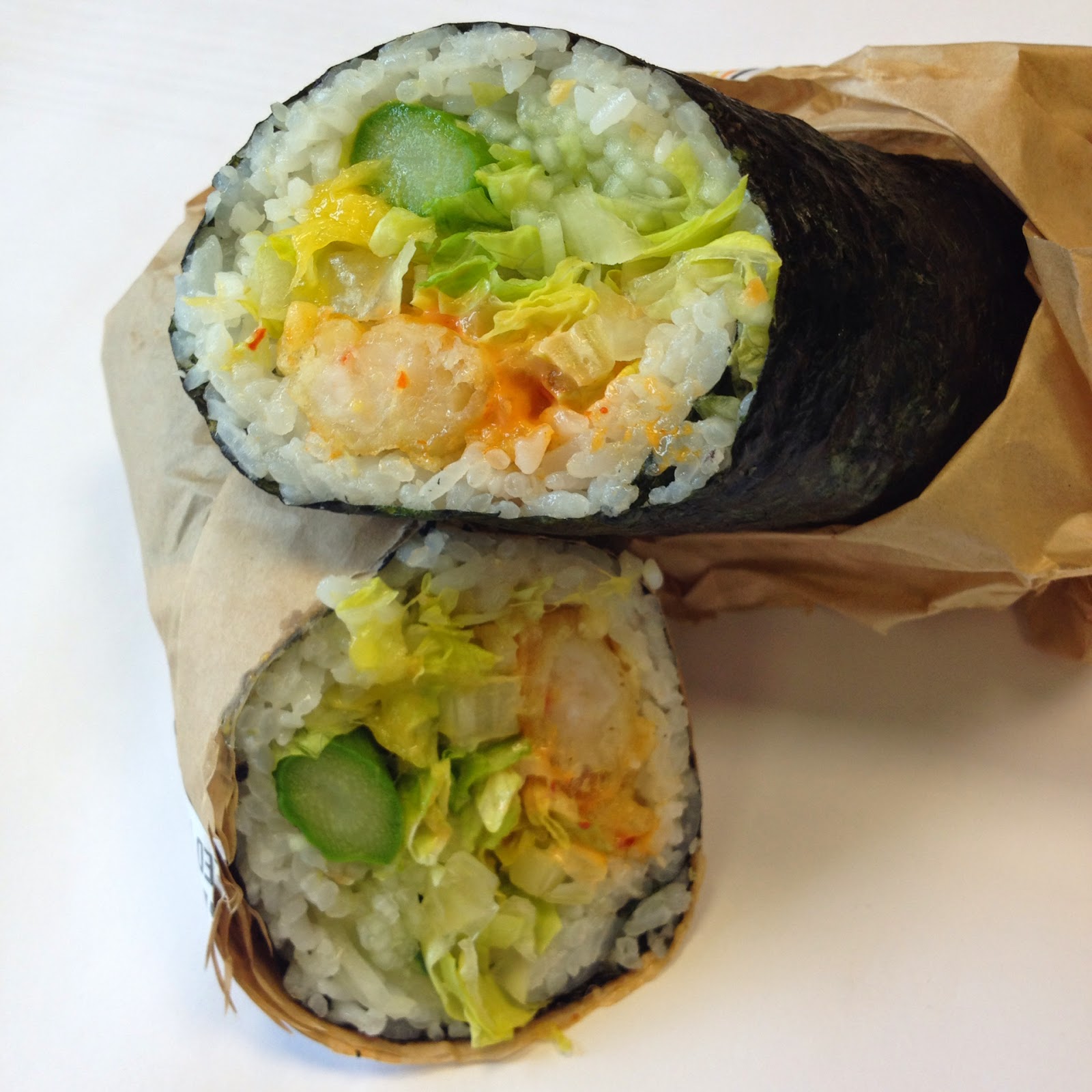 Thanks to Michael Klein, much of Center City got wind of a free Japanese burrito promotion happening at Hai St Kitchen & Co today, a new concept from one of Morimoto's sous chefs that first debuted in London (because America wasn't quite ready). I can count myself among the jackasses that subjected themselves to a two-plus hour wait to try what was essentially an enormous maki roll, something that would set you back eight bucks and most likely a shorter wait on a normal day. Part of it was curiosity, and part of it was, "Hey! Free food!" And although I'm not much for lines (because we get everything instantly because we live in the future), I have to admit that it was actually worth the wait. I'm curious to know if others felt the same way, because this was all I saw when I looked behind me: 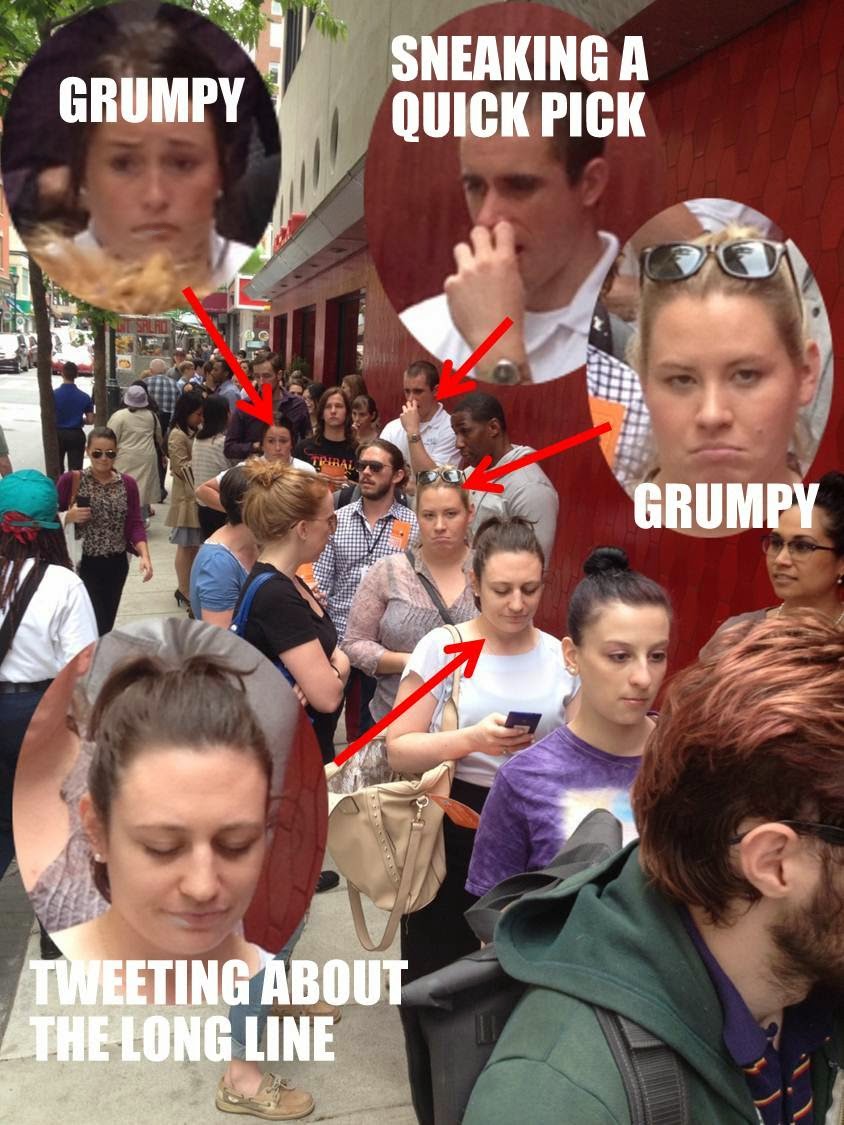 But enough about the social dynamics of subjecting people to long wait times to get free shit. Let's discuss the Japanese burrito. I had plenty of time to go over the menu, but I was pretty set with a Signature Roll Combination called "The Crunch" from the time I decided to wait it out. To keep things moving, ordering and preparation follows Chipotle's assembly line concept. It all starts with a magic machine called a Maki Master that cranks out square tiles of sushi rice, providing Hai Street's version of a tortilla. Next, you pick proteins, vegetables, and sauces, all of which are overstuffed into the roll. This is what differentiates it from normal sushi. The roll is literally burrito-sized (and only cut into two pieces):

Inside this monstrosity was shrimp tempura, spicy mayo, romaine lettuce, cucumber, pickled mango, and asparagus. Since it's mostly made-to-order, everything tasted fresh. The tempura had a nice crunch, the rice was well-cooked, and the spicy mayo was balanced nicely with the cucumber and mango's brightness. Oh yeah, and it was free (if you don't count the opportunity cost of waiting). I could probably take down more than one in a sitting, but this was a good start. It will definitely be a welcome addition to the lunch options in Center City. Buen provecho.

Posted by Fidel Gastro at 4:08 PM No comments:

Why Did I Eat This? McDonald's Bacon Clubhouse 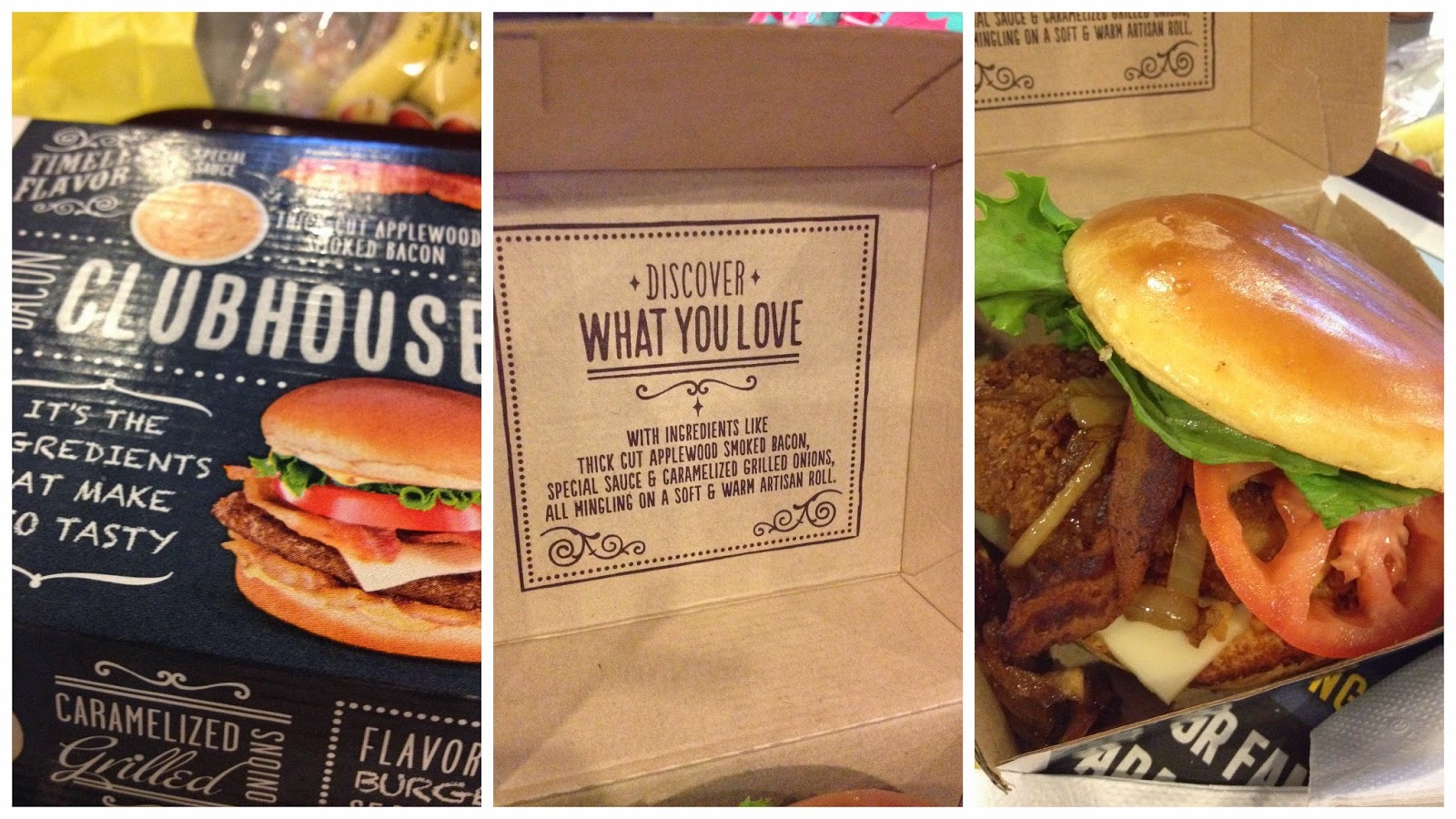 
Dear Twitter, please allow us to add gifs to our tweets.
Posted by Fidel Gastro at 9:04 AM No comments: