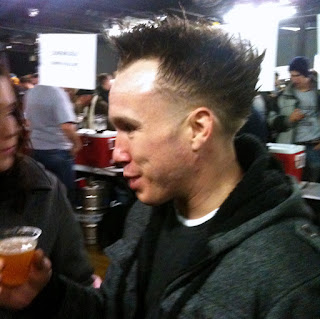 I spent last Saturday shamelessly photographing the craft beer geek version of Pauly D in between gulps of beers whose average %ABV was in the upper 9s.  Here's a quick list of the highlights:

1. Stoudt's Old Abominable: If you don't believe in the abominable snowman (which is an abomination in itself), you probably don't believe there exists a drinkable barleywine, but this one went down way too easily.  Needless to say, I got abominably bombed.
2. Green Flash Double IPA: I hate to use the word dank, but there's no other word to describe how punishing the hops were in this palate coating pale ale.
3. Central Waters Illumination Double IPA: Nowhere near the intensity of the Green Flash, but still worth a nod for its non-syrupy and floral qualities.
4. Brooklyn Brewery Companion Wheat Wine: From the Brewmaster's Reserve series, A very subtle 10%-er with an almost sour taste.

My sincerest apologies to Mrs. Gastro for rendering myself completely useless in dealing with our daughter's double ear infection.  Buen provecho.
Posted by Fidel Gastro at 1:19 PM No comments:

Tortilla Soup All Up in Your Face 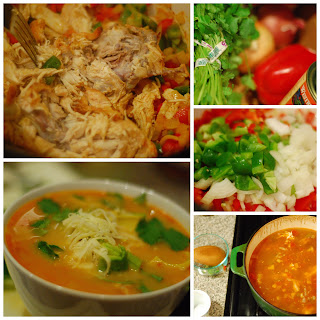 Tortilla Soup isn't just my mother-in-law's favorite movie, it's also a soup, and when the cold wind blows through your uninsulated 1800s-era home, it's a welcome wintertime meal.  Growing up, Ma and Pa Gastro opted for pozole and/or chile verde, so I had little experience with the movie soup in my own kitchen.  I did make a shitty batch of it in the early 2000s, but that was so two thousand and late, so I decided to make it again, and this time it was two thousand and great.  I recommend you try it for yourself.  It was a nice way to spend a Saturday afternoon, and there was plenty left over to get out of cooking on Sunday.  Recipe after the jump.  Buen provecho.

Read more »
Posted by Fidel Gastro at 9:00 AM No comments: 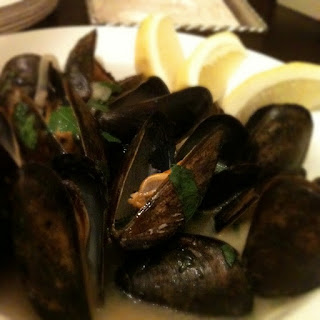 I saw something on TV that said if you eat like a pauper on New Year's Eve, you'll eat like a king for the rest of the year.  The classic dish to make is black-eyed peas, but no matter how hard I try to like them, they taste like mushy sand.  They also remind me of the band with the blind guy and the creepy ass dude that dances in the background and whose race is impossible to discern.  Struggling with an idea for poor people food, I happened upon mussels.  At three bucks a pound, they're the 99-cent value menu of shellfish, and at the Top of Hill Seafood Market in Chestnut Hill, they'll even clean them for you, making them that much easier to prepare.  Just saute some shallots and garlic, deglaze the pot with wine, then add the mussels and steam until they open up.  Then drink your face off with all of the booze your guests brought you and give yourself a high five for making such an awesome poor people dish.  Buen provecho.
Posted by Fidel Gastro at 9:00 AM No comments: