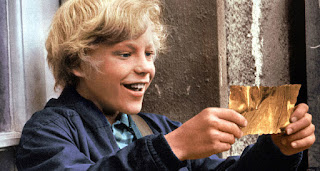 For the first time since I rationalized my alcoholism by getting into fancy beers five years ago (and I swear I told that joke before stupid Jimmy Fallon did), I left work early to hunt the rare beer beast known as Pliny the Younger. It helped that Bru--who had a whole Leap Day thing going on with a list of other hoppy-as-fuck limited releases like Hopslam and Nugget Nectar--wasn't tapping their PTY until 4pm (most places will pull the trigger around 11am, which takes a bit more planning).

When I got there (probably 3:55pm), the line was deep, but it didn't look like 100-people deep (there's only so much to go around, like Bitcoin). I queued up, and just before I got to the front, like six people before the front, the well had run dry.

Fortunately for me and the rest of the stragglers who didn't leave work early enough, the guy at the door said that the dregs of the keg can usually kick out a few more pours before actually kicking, so he urged us to hang tight. I had given up at this point, but figured I'd wait since I had nothing better to do, and after about fifteen minutes, he came back out with enough tickets for the last of us. I would finally get to taste five years' worth of hype.

And sadly (but not surprisingly), the hype wasn't justified. Make no mistake, Pliny the Younger is good. Would I say it's 100-on-the-Beer-Advocate-Scale good? Probably not. A convincing 97/98, but for all its rarity, I think I'd rather have a Hopslam, or even a Firestone Walker Double Jack. I'm glad I got to try it, but I think the fact of the matter is this: we now live in a world where pours like Pliny are increasingly common and more accessible than ever. And if big beer continues to gobble up little beer at the pace they're currently going, not only will these high octane hop hippos be readily available, they'll probably be cheap enough to keep in the fridge on the reg. Let's just pray that consistency remains as they scale upward in pursuit of profits. Buen provecho.
Posted by Fidel Gastro at 2:42 PM