Peeing into an Ocean of Hype 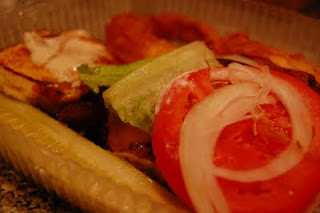 Back in July, I sat down to a gratis meal at PYT. Soft open or no, free or paid (come to think of it, I threw down a $20 tip), I was blown away. Then, in September, Trey Popp made me feel guilty for giving props, thinking perhaps that the only reason I didn't find the burger marginally better than an Angus Third Pounder was because it was free. I don't know the guy from Adam, and a single post shoudn't make you a villain, but it's hard not to take it personal, especially after hearing the deafening rally cry put forth by the dude behind Phoodie.info. I wasn't able to shake his hand at last night's Social Media Club meeting, but it was like watching a white Che Guevara. If I had a gun in my hand, it would have been fired in the air, if not at someone else. But this isn't the point of this post. What we need to discuss is that for the second time in as many visits, PYT delivered the goods once again.

Wading through the endless @tommyup tweets and retweets, the good reviews and the bad, I'm reminded of 2001, when there was a group of five trust fund shitheads who gave sliced bread a run for its money, sailing the tradewinds of hype until they wound up marooned on an island of haters. Oh yes, The Strokes were munched up into bits and pieces until some kid in Pumas informed me that "they were so six months ago." But objectively speaking, if you drowned out the noise and just listened to the music, it was brilliant. An old friend of mine hit the nail on the head by saying that they made rock sexy again (I guess they brought sexy back before JT). I would have to say the same goes for the burger at PYT. This time around (and to the disdain of my arteries; sorry guys), I opted for the Fat Boy Monster, two patties, cheese, special sauce, bacon, and two onion rings. The challenge was not whether I could finish the thing, but how well it would travel back to Chestnut Hill (newborn baby and all). And the verdict? PYT knows how to cook a burger, season a burger, and top a burger. Cooked perfectly to temperature, each bite was juicier than the previous one, and although I got my stemless wine glass a bit greasy, it was totally worth the mess. I was also pleasantly surprised that it traveled so well. The fries were another story, but the onions they were tossed with made up for the expected sogginess. 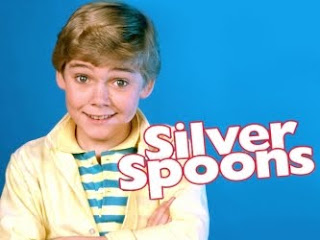 I have to agree with the masses on service. I placed an order to go, so I suppose I'm an outlier, but it's clear as day how little of a shit the bar/waitstaff gives about the customers. It's almost like PYT is Leave it to Burgers from Silver Spoons and the staff are just extras in the background. Make no mistake, the vibe is fun, but a little bit of "how's everything?" goes a long way, and if it's what transforms good into great, I suggest Mr. Up give his employees a kick in the pants. Buen provecho.
Posted by Fidel Gastro at 9:38 PM