Come for the Wings, Don't Stay for the Burger 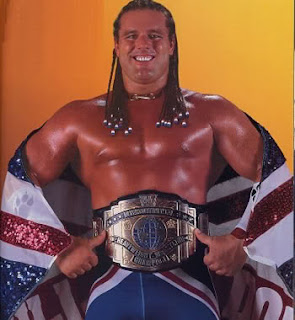 Snug pants wishlist:
1. I wish I could wear them with little to no discomfort.
2. I wish I could fulfill that wish without having to resort to the extreme measure of starvation.
3. I wish I didn't belly flop off the starvation wagon last night, but at least I finally got to try the wings at Union Jack's in North Hills (Glenside).
4. I wish I would have stopped at the wings and not continued on with a burger.
I decided that my suit would fit marginally better if I limited my caloric intake to less than one hundred per day. As an alumnus of the Master Cleanser, I was confident that I could manage a 5 day hunger strike with the occasional bite of steamed spinach or gulp of fruit smoothie. And to be honest, after this past weekend, my body could definitely use some respite from the food abuse. I was doing just fine until Mrs. Gastro and I took a trip to USA Baby to test out a few gliders and pick up a toddler rail. To be more precise, I was doing just fine until I realized that Union Jack's was on the way home a little earlier in the day (although the lousy salesperson did absolutely nothing to take my mind off my mounting hunger with her stupid mouth full of stupid rice cakes and her stupid hard sell and empty threats about glider lead times and her stupid annoying voice. Honestly, who gives a sales pitch with a mouth full of rice cakes?).
Our home inspector let me in on this townie secret of a pub and their magical wings a few weeks earlier. After a gaggle of google results whose main theme was "best wings I've ever had," there was little doubt that this hunger strike had precious few hours left, so after Mrs. Gastro punched the USA Baby salesbitch in the face*, we raced there as fast as the traffic lights and our compact SUV would let us. When we arrived, the first good sign was that the parking lot was full. Even better, when we walked in, there was a booth waiting for us. Brief hiccup with the slow service, but understandable with the bartender doing double duty as the waitress. And then the wings arrived. A brief moment of knuckle cracking and expectations lowering (just in case), and then the gnawing commenced. This wing is classic. No breading, ample hot sauce (we compromised with medium), not the puny kind you get during a 25 cent wing night, and definitely not overcooked (as great as these wings were, some of them had a not-so-appetizing pinkish hue). In addition to the standard, Union Jack's also whips up sauces like honey Caribbean and Mexican jalapeño. Since this place is only 9 minutes from where we live, there's no question we will be back to try these.
But (big but here), we will most certainly not be back for the burgers. It could be guilt for breaking the fast, or it might just be that burgers are not the strong suit at Union Jack's. Feeling adventurous, I ordered the Big Ben, a bacon cheeseburger topped with HP Sauce, the English A-1. The patty was way overcooked and without salt, and because it was left on the grill too long, it was as dry as the kaiser roll it was served on. I am also a fool for thinking that HP Sauce on a burger is a good idea. Looking over at Mrs. Gastro's turkey burger, it was apparent that the same lack of care was taken in its preparation as well. Two huge disappointments. As an afterthought, I looked around to notice that the other tables were full of wings and nothing else. Maybe I should have taken my cue from the townies. Buen provecho.
Union Jack's is located at 2750 Limekiln Pike in Glenside, PA. Without drinking, we were able to get 10 wings and two burgers for $25 including tip. Cash only, but there's an ATM by the Golden Tee machine that you can use for the outrageous price of $2.00 plus whatever your bank fleeces you for.
*Actual punching may not have occurred
Posted by Fidel Gastro at 8:50 AM