Overmarketing. It's the way shit gets done these days. This time around, we've seen a Taco Bell Breakfast Phone, early previews extended to the media, and of course an endless Twitter feed perpetuating both. Not that I needed any real arm-twisting to try Taco Bell's new Breakfast Menu, even after I had been warned twice. The first red flag came from my best buddy's wife, who happened to be working on the campaign years ago. According to her, the Run for the Border Bosses' only requirement for the menu was that it had to be cheaper than McDonald's. The second warning was via this guest post last August, when another friend of mine was fortunate enough to be in one of the test markets. Still, this was something I needed to try for myself as soon as the opportunity came about, and by opportunity, I mean being late for work by getting off the train one stop early and making my way through the stabbier parts of Philly's Gallery Mall. Some opportunities are created. 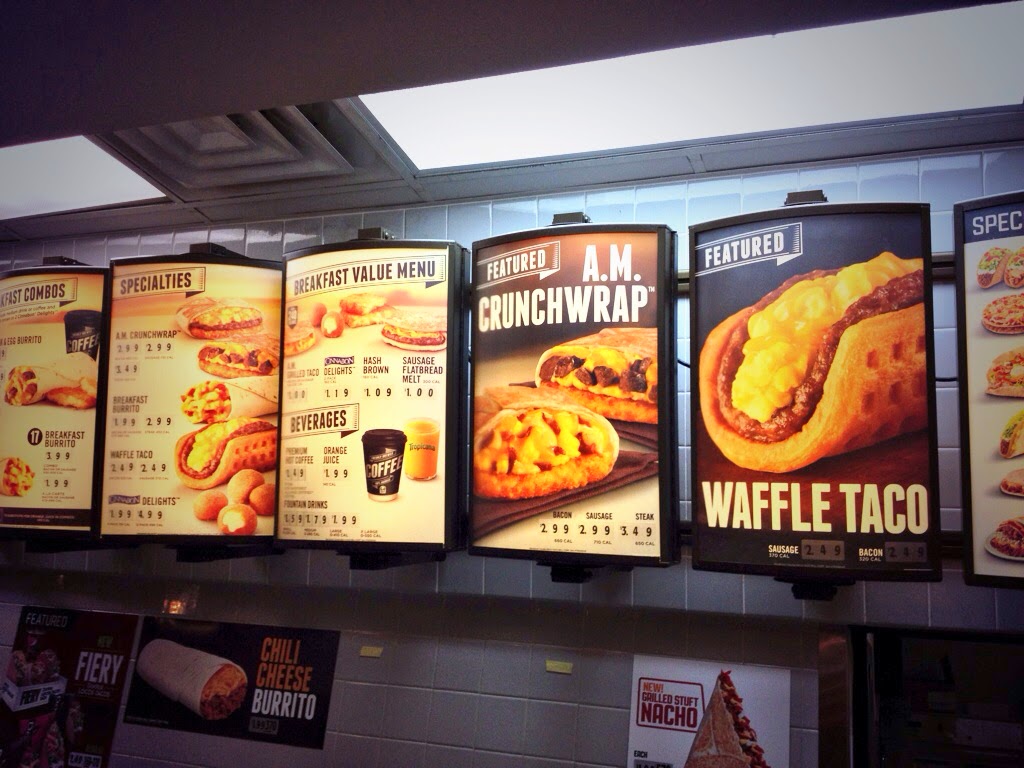 I have a love/hate thing with Taco Bell (that skews toward love). In fact, the only reason I hate it these days is because mid-thirties me can't handle it from a gastrointestinal perspective. Getting old sucks, but I'm not here to complain about aging, I'm here to tell you that despite the facts that the casualty of Taco Bell's price war is "food" that could barely pass as such in a laboratory and my test market buddy wasn't totally impressed, I found Taco Bell's breakfast to be more than passable. So if you're still reading, here's a brief review of the Waffle Taco and the A.M. Crunchwrap. I skipped the breakfast burrito and breakfast taco because nobody really cares, and I also opted out of the Cinnabon Delights to stave off the impending diabetes. Waffle Taco: The Waffle Taco is packaged in a carton whose lid taunts "Right Now I'm Eating a Waffle Taco and You're Not," the context of which only makes sense if you're sending a picture to your social media friends. Otherwise, is the carton eating your waffle taco? And what about the carton littered on the street? It's not eating a Waffle Taco, it's just garbage. I get it, but not really. And the taco itself? It's normally what I'll build at the Hampton Inn hot breakfast, some chafing dish bonanza whose sum is much greater than the parts. The waffle had the consistency of a rubber dog toy, but the sausage patty and side of syrup saved it. And the elastic nature of the waffle shell held the whole thing together quite well. I couldn't really taste the cheese, but I also ate the thing in two bites. 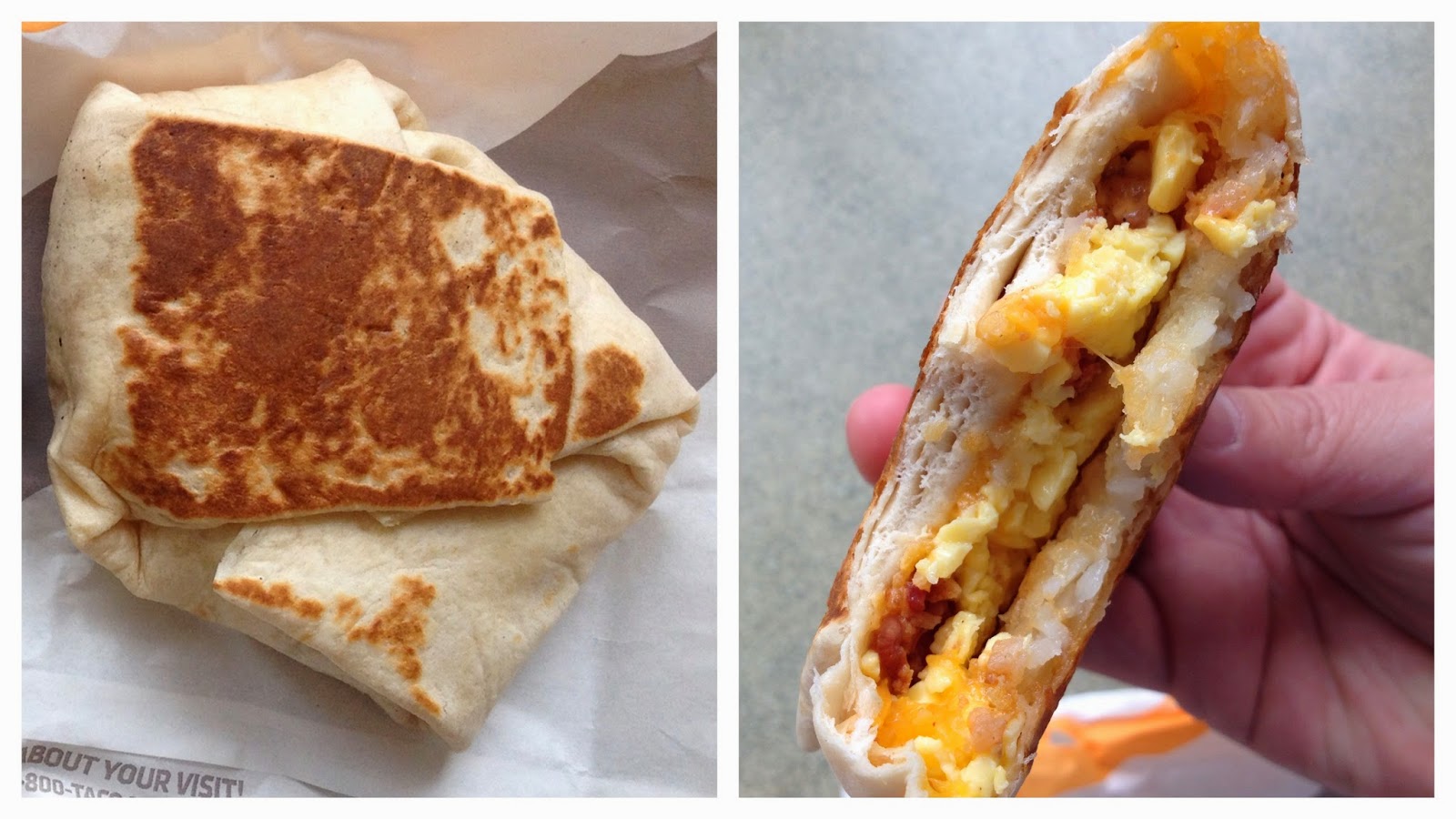 A.M. Crunchwrap: Because I blog so infrequently, I have yet to share my thoughts on Sonic's Ultimate Meat & Cheese Breakfast Burrito, a tour de force of meats, potatoes, cheese, and eggs. It is easily my favorite breakfast item in the fast food universe. The Crunchwrap is a smaller version of this concept. The size of an Egg McMuffin, it takes the best of what breakfast has to offer and wraps it up like a giant dumpling. There's none of the Waffle Taco braggery on the packaging. Instead, it offers the practicality of covering all your breakfast bases without having to use a fork and knife. And it tastes pretty damn good (because it's probably loaded with sodium).

If you think your stomach can handle it (or you simply don't care), both items are highly recommended. If nothing else, there's always the novelty of trying something you haven't before. And if that whole irony thing is still trendy, you can chalk it up to that if you feel guilty about eating at Taco Bell. Just take care not to get syrup in your handlebar mustache. Buen Provecho.
Posted by Fidel Gastro at 10:31 AM