Why Did I Eat This? Wawa's Pulled Pork Burrito


Most people or places can't be everything to everyone, but Wawa will certainly never stop trying. The latest in their attempt to leverage trends is the burrito, whose launch happened right around the time of the E.coli outbreak at Chipotle. Coincedence? Perhaps, but I'll leave that to the 9/11 truthers and other people who wear tin foil hats. I am merely here to discuss the successes and failures of mass produced foodstuffs and whether you should give them a try. Is the Wawa burrito a success? Let's analyze a few key performance indicators to make the decision: 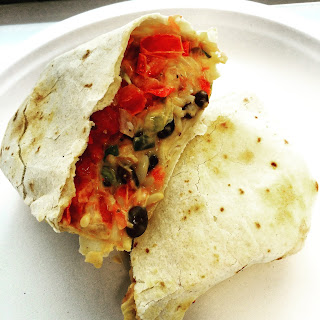 Heft: Wawa's value proposition, like the rest of the fast food world, wants to kill you. An abundance of food for little money makes everyone happy, including me. Whether that food is wholesome is another story. Once assembled, Wawa's burrito weighs in at over a pound, which isn't bad for five bucks. Grade: A-

Tortilla: The tortilla itself is passable, but Wawa uses the same industrial grade toaster they use for hoagies to warm up the assembled burrito. Mine was left in the dry heat of this contraption too long, leaving my tortilla as brittle as stale matzo. Grade: B-

Rice: As great of a cook that my mother was (and still is), her rice skills sucked. Rice was an afterthought after beans and green chile, and to this day, I still question its presence in a burrito. Wawa's rice was reminiscent of my mom's, a watery mess of bland overcooked mush. Grade: C

Beans: Beans are easy to fuck up, unless said beans are from a can. Like Wawa's. Grade: B+ 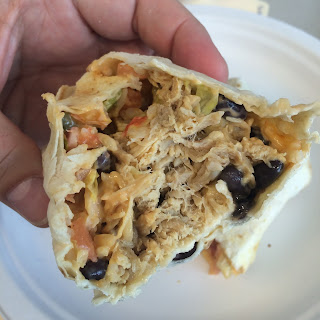 Pulled Pork: I had the utmost confidence that this would be the worst part of the burrito. Wawa's meats are of the boil-in-bag variety. Surprisingly, despite the pork being underseasoned, it had a excellent texture and it was hard to tell whether it actually came from a boil-in-bag. Grade: A-

I'm just as surprised as you are, though I'll probably stick to hoagies moving forward. Buen provecho.

Email ThisBlogThis!Share to TwitterShare to FacebookShare to Pinterest
Labels: burritos, cheap eats, chipotle, pork, Wawa, Why Did I Eat This, writer's block